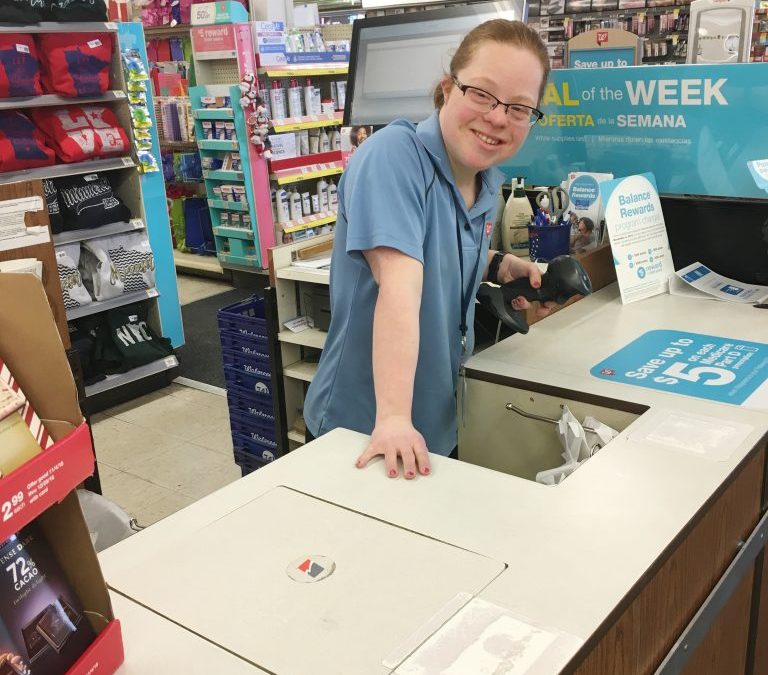 For this young lady, the sky’s the limit!

Kaposia began supporting Abby shortly after she became a Walgreen’s team member. Abby’s duties include managing coolers in the front and back of the store, being a rock star at stocking bays, light maintenance, checking for outdated products, assisting others when she completes her own work, and helping with special projects.

Abby’s drive towards excellence is evident in her life in and outside of work. As a Walgreen’s team member for over three years, she has received numerous awards for her commitment to providing extraordinary customer service. She was also Employee of the Month in April and June of 2018.

At Walgreen’s, Abby had several goals for further success. One of these goals was to become a cashier. Abby worked tirelessly in weekly study sessions to grow her skills. Within months, she conquered her challenges and became a cashier at Walgreen’s. Abby’s next adventure is to learn about photo processing at Walgreen’s Photo Lab.

Abby is an athlete on and off the court. Through the Discovery Process, the themes of physical fitness and helping others to get healthy were also identified…

At both of her jobs, she is a hard worker and tries her best every single day.

If Abby looks familiar to you, it may because you recognize her as the Emcee for Kaposia’s Fall Gala two years running.