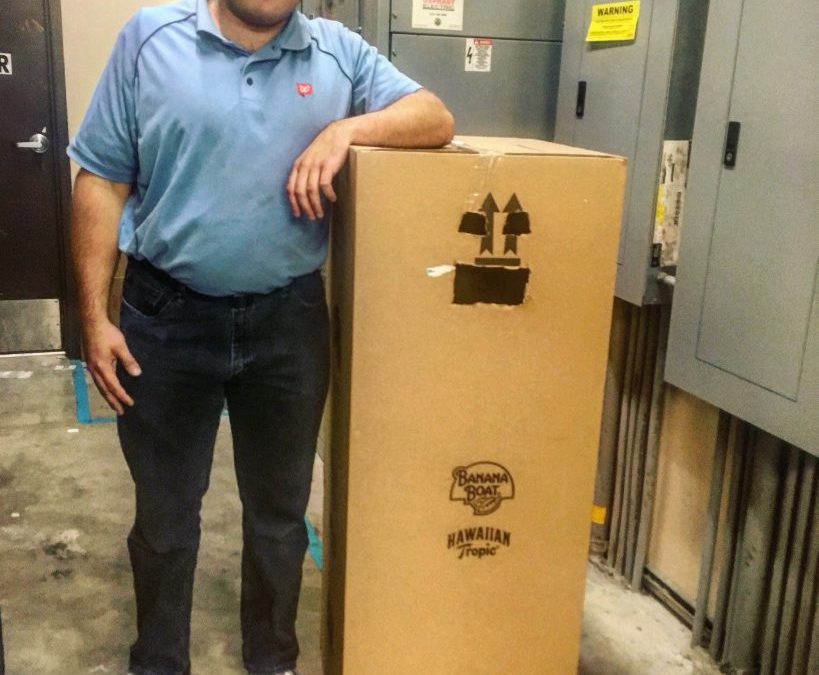 by Kelly Merchant and Jon Alexander

Josh refers to himself as a gamer. Gaming experiences help him think through situations in life. At work, he uses gaming techniques to efficiently maneuver through the crowded stock room at Walgreens and to best balance products on a cart for restocking the front areas. He wheels the cart out into the aisles with intense focus and finishes his tasks with precision.

Josh takes his work seriously. He is proud of it and enjoys it. Josh has received the store’s Employee of the Month Award twice during his relatively short tenure. In addition, he has been nominated at the corporate level.

Sound can be a major stress-factor for Josh. At times, the sound level of the store increases significantly. This can be due to an increase in the number of customers and their expected interruptions to his assigned work, or increased background music volume, or both. The increased sound level makes it hard for Josh to do his work the way he wants to do it.

Josh has received all sorts of suggestions on how to cope with the stress associated with increased levels of sound: “Why don’t you take a short walk?”, “Have you tried deep breathing?”, “Would a few personal days help?”. People suggest the things that work for them, but ultimately people cope with stressors in different ways. Josh began to realize that only he knew what would help. It was time to get creative.

A promising idea came to him one morning at work. Josh asked one of his co-workers to set aside a large, empty product box for him. That afternoon, he designed and cut holes into that box. He called the finished project his “box costume.”

“The ‘box costume’ is sort of like a safe center for me. If I’m inside of it, I feel calm,” says Josh. Today, the box sits in the back room at Walgreen’s with the understanding that Josh can retreat to it when needed. “When things get too hectic, I go in there to decompress. I usually only need a couple of minutes to feel better.”

As with many people with disabilities, Josh is happy for the opportunity to work and be productive. Accommodations have paid off for his employer who gets a hard worker, and for Josh, who has meaningful employment.